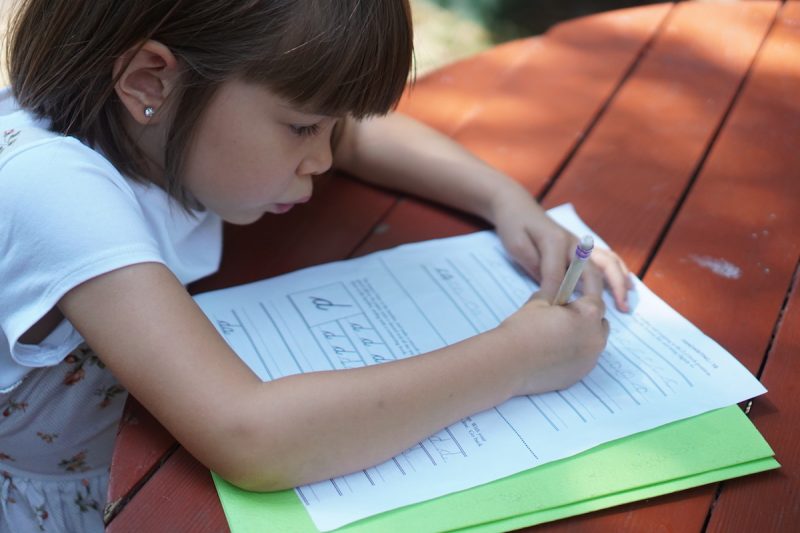 Chances are that if you look at any birthday cards or handwritten letters from your parents' or grandparents' generation, you'll find that their handwriting rocked!

So what happened? Why does handwriting come so hard for modern generations?

Are we simply seeing the results of a computer and cell-phone-dependent society, where typing, texting, and now voice-assistants are so are dominant? Or is there something else going on?

It would be foolish to say that the modern onslaught of tech devices has had zero effect on our society's handwriting abilities- of course it does.

It's obvious that the less time we spend writing with pen and paper, the less skilled we are at handwriting. It only makes sense.

And conversly, the more we practice something (the right way) the better we get... usually.

But this is not the only reason why handwriting skills are on the decline.

It's a little known fact that before the 1920's, children were first taught to write in cursive!

And it so happens that there are many built-in benefits for cursive-first instruction.

But these benefits have been overlooked, either intentionally or ignorantly, by educators who promote shortcuts to learning, adhere to pragmatic pedagogy, and value quick progress over mastery of the foundational skills. The logic is that print letters:

Well, if all we are looking for is signs of quick progress at the beginning, or think that book typography and handwritten letters must be nearly identical in order to avoid confusion, then yes! it might be better to start off down that path.

The problem with this thinking is that it fails to take into consideration all of the other factors involved in writing, such as:

Sadly, taking the shortcuts of print-first handwriting has led countless souls to the destination called "Scribble-dee-scratch-dum." Which is known for causing severe conditions, like "Chicken-scratch-itis," "floating-letter-lepsis" and "Hand-cramp-athy." All, fake names, describing very real problems.

Why Your Child Needs to Learn to Write in Cursive First

Here are the reasons why you should teach your child to write in cursive first:

Habits That Make a Difference

It's not enough to just teach your child cursive. There are other things that will really help them to succeed in their handwriting.

They also need to develope proper habits in the following 3 areas:

If we allow our children to start writing in whatever position they feel comfortable, then we're setting them up for life-long writing fatigue.

If we want to cultivate strong literacy skills, and a love of writing in our children, then it needs to be an enjoyable experience.

That's why things as simple and often overlooked like posture, paper, and grip are so important.

The best way to create good habits in each of these areas is to practice a little bit each day. By doing this, your child will develope the long-term muscle memory needed for efficient, accurate, and consistent handwriting. But that's also why it's so important to teach your child to write with the correct form, from the very beginning.

Think of your child's writing skills as cement: it settles fast! Make sure the form is in place before you ask them to "pour out" the letters.

Practice only makes perfect when you practice perfectly. Take your time. Focus on your child's posture, paper handling, and pencil grip. Go slowly at first. And then when they can consistently produce their letters with excellence, they will naturally increase their writing speed.

Did you Enjoy this article?
Click Here to access a free lesson from the Cursive Handwriting Course

Best Ways to Prepare Your Pre-Reader for Literacy Success

Save Time, Money, and Hassle Choosing a Homeschool Phonics Curriculum